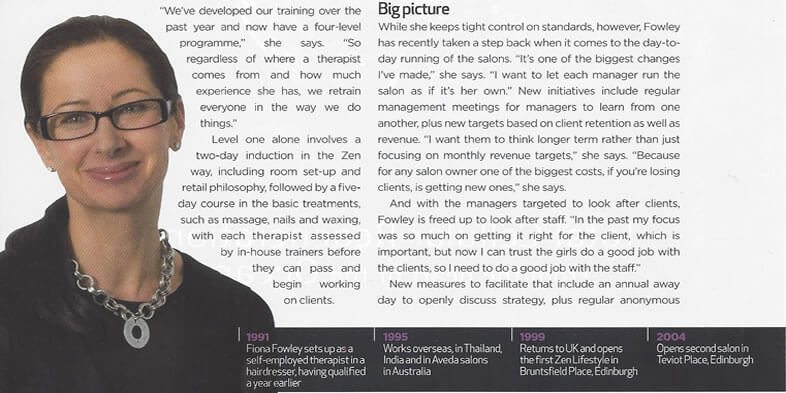 With two Professional Beauty Awards to her name this year, the owner of Zen Lifestyle tells Eve Oxberry how she structures her business for success.

Winning two Professional Beauty Awards, and reaching the final in two further categories, in one year, is the sign of an exceptional business.  But with one trophy recognising the salon experience and the other the employers, Zen Lifestyle also proved it has achieved that tricky balance – caring as much for staff as for clients.

When you meet owner Fiona Fowley it’s easy to understand why. With years of international therapist experience pre-Zen and seemingly endless energy, she talks at high speed about the kind of structure and procedures you’d expect to see in a business ten times the size, and clearly keeps firm control of them all. “We’ve developed our training over the past year and now have a four-level programme,” she says.  “So regardless of where a therapist comes from and how much experience she has, we retrain everyone in the way we do things”.

Level one alone involves a two-day induction in the Zen way, including room set-up and retail philosophy, followed by a five-day course in the basic treatments, such as nails and waxing, with each therapist assessed by in-house trainers before they can pass and begin working on clients. More advanced treatments are covered in later levels once staff have proved themselves in the salon and built up repeat clientele.

Most training is done in-house to keep consistency across the three sites –  “the idea is a client should be able to go into any of our salons with any therapist and be able to experience the same standard of treatment” – but also because Fowley has more confidence in her own team.  “Externally, quality varies hugely depending on the trainer you get. Some are great but I’m not paying ￡200 a day for girls to come back and say, “The training Jen did with me here last week was better”.

While she keeps tight control on standards, however, Fowley has recently taken a step back when it comes to day to day running of the salons. “It’s one of the biggest changes I’ve made,” she says. I want to let each manager run the salon as if it’s her own”.  New initiatives include regular management meetings for managers to learn from one another, plus new targets based on client retention as well as revenue.  “I want them to think longer term rather than just focusing on monthly revenue targets,” she says.  “Because for any salon owner one of the biggest costs, if you’re losing clients, is getting new ones,” she says.

And with the managers targeted to look after clients, Fowley is freed up to look after staff.  “In the past my focus was so much on getting it right for the client, which is important, but now I can trust the girls do a good job with the clients, so I need to do a good job with the staff.” New measures to facilitate that include an annual away day to openly discuss strategy, plus regular anonymous surveys to ask staff what they think of their managers and of Fowley and her husband co-director Kieran as employers.  “It has been really positive but there are always things to learn, from”, says Fowley.  “The feedback on one manager, for example, said she was very thorough but could be more approachable. That was a real learning curve and something she wouldn’t have picked up on if the survey wasn’t anonymous.”

Giving staff more of a voice is all part of Fowley’s wider plan to recognise them as individuals, not just as a team.  All receive commission based on treatment course sales and retail targets, but Fowley mixes it up when it comes to additional incentives.  “If you always base it on sales the same girls get it time after time, so the others won’t bother trying”, she says.  “We might recognise someone in a staff meeting with a bottle of Prosecco because she’s increased her request clientele the most that month or come in and done extra days.”

While Zen’s success as an employer seems down to a strong management structure, the performance of the salons, which saw a 10% annual sales growth last year, can in part be attributed to the Fowleys’ talent for predicting changes in consumer demand.

Having launched with a traditional beauty offer back in 1999, Zen have evolved over the years and more recently shifted its focus to a much more medical offer, including injectables and advanced laser treatments.  “We now only use Elemis for body and have gone more into corrective ranges for face, including Priori and Murad”, says Fowley. However, Zen didn’t lose sight of the concurrent trends for quick-fix treatments, also dedicating more space to manicure stations and introducing brow and lash bars across the three salons last year.

While further growth is on the cards this year, Fowley says that won’t come from additional treatments. “If anything we’ll narrow it down,“ she says.  “It’s a challenge to get new staff trained and up to speed”. Instead she is asking some therapists to specialise.  “I’m saying to the managers now if a new girl comes in why not look at her for just the brow bar and nails at first? Let her specialise in that otherwise it’s too overwhelming,” she says.  “It’ also expensive to train them and if they don’t stay that’s hard to take”.  While Zen has a strong staff retention, within such a large team there are always leavers.  “We’ve just changed our contract.  We used to say if they leave within six months of training they have to pay costs back.  Now we’re saying a year because the first three months is pretty much just training. We look at each person individually, though – if someone ‘s worked for me for five years then gets pregnant I’m not going to make her pay for her training”.

Giving staff the opportunity to specialise also helps Zen to retain the strong ones.  “We make sure there’s always somewhere they can progress to in the company,” she says.  “My trainers for example are not the managers but have worked their way up and are really strong in their areas of expertise. As the company gets bigger it’s easier to create new roles, in areas like marketing.”

A desire to create promotion opportunities for strong staff was also behind Fowley’s decision to open her third salon in 2011 and may yet prompt another.  “If we do open a fourth salon we’ll do it outside Edinburgh but in Scotland.  Probably Glasgow or Aberdeen.  Edinburgh isn’t big enough for four”, she says. But before looking more seriously into new sites, Fowley has a different type of expansion in mind.  “Were planning to offer training externally to other salons or individuals,” she says.  “I get approached a lot for advice and some of my trainers also have a lot to offer.”  As well as treatment training she’s looking at developing courses for salon managers and supervisors.  “There’s not a lot out there for salons, particularly in Scotland.  I think if we make it competitively priced it can work, because often it’s small salons that need the guidance but don’t have a huge budget.”  And with such a strong structure to share, it looks like some of Zen’s success could soon rub off on to others.

1991 – Fiona Fowley sets up as a self-employed therapist in a hairdresser, having qualified a year earlier.

1995 – Works overseas, in Thailand, India and in Aveda salons in Australia

1999 – Returns to UK and opens the first Zen Lifestyle in Bruntsfield Place, Edinburgh 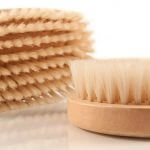 The benefits of body brushingBeauty, Skin 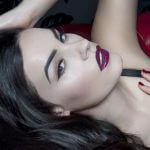 Have a Brows at our Spring SavingsBeauty